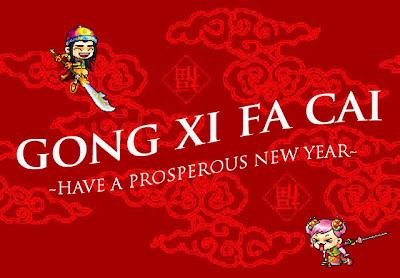 Wishing everyone a good year ahead and those who are travelling a safe journey.

Rais: Be ethical when blogging on Anwar's trial

Bloggers had the responsibility to the society and should abide by the country's law, he said.


"I believe bloggers have their own sense of responsibility to the society and will not go around writing with wild abandon, because in the end the law will catch up with them; and like it or not, the law will come down hard on them.

"So before that happens, they should exercise caution,"

Rais said the Attorney-General's Chambers was constantly monitoring reports published in certain blogs to see if they were made in general or had the elements of contempt or against the rule of sub judice.

Howver, he s said the ministry would not stop Radio Television Malaysia (RTM) from reporting the case.

RTM would also be allowed to use certain terms which were mentioned in court, he added.

"We can report on the case based on what transpired in court and in the interest of public knowledge but we should not make comments which are sub judice," he said.

Full report of today's trial - Sailful: Anwar was my idol

Anwar's trial closed to the public

The Kuala Lumpur high court closed the second day of the trial of Opposition leader Datuk Seri Anwar Ibrahim to the media and public today, a day after explicit details of the alleged act emerged from his accuser, Mohamad Saiful Azlan, 25.

Saiful reported the matter to the police two days later.

Datuk Seri Anwar is charged under Section 377B of the Penal Code and can be sentenced to a maximum of 20 years in jail and whipping upon conviction.

Later in the day, the trial adjourned for a visit to the apartment.

Datuk Seri Anwar has pleaded not guilty saying the charges are part of a government conspiracy to end his political career.

Opposition leader Datuk Seri Anwar Ibrahim has pleaded not guilty to sodomy charges brought against him, saying they are part of a "political conspiracy".

Datuk Seri Anwar Ibrahim told a High Court hearing in Kuala Lumpur today that the allegations he had sodomised a former aide were "malicious" fabrications... trumped up by political masters using the prosecution for that purpose".

The prosecution, lead by Solicitor-General II Datuk Mohd Yusof Zainal Abide, promised to produce semen samples that they said were found in medical tests on Mohamad Saiful Bukhari Azlan, 24, the aide who made the allegations.

Datuk Seri Anwar, who is the Permatang Pauh MP, is accused of sodomising Mohamad Saiful at Unit 11-5-1 of the Desa Damansara Condominium in Jalan Setiakasih, Bukit Damansara, between 3.01pm and 4.30pm on June 26, 2008.

He is charged under Section 377B of the Penal Code which carries a maximum jail term of 20 years and whipping upon conviction.

The case is being heard before Justice Mohamad Zabidin Mohd Diah.

Datuk Abdullah Majid, a former deputy Labour and Manpower Minister and an ex ISA detainee, passed away at his Taman Desa home early this morning aged 85.

His remains were taken to the Tun Abdul Aziz Mosque in Petaling Jaya for the funeral prayer before being taken to his village, Kampung Durian Sebatang in Dong, Raub, Pahang for burial.

Datuk Abdullah was detained together with Tan Sri Abdullah Ahmad (the former MP for Kok Lanas) and Pak Samad (Tan Sri Samad Ismail) under the Internal Security Act in 1976 for four years. (Read here ). He was given a conditional release in May 1977, and the conditions were lifted on Nov 2, 1981.

The sodomy trial of Datuk Seri Anwar Ibrahim will finally begin in the Kuala Lumpur High Court tomorrow - 18 months after he was charged.

Justice Datuk Mohamad Zabidin Mohd Diah has fixed proceedings at 2.30pm after rejecting a bid by Datuk Seri Anwar for a stay of the trial.

The PKR adviser had applied to the High Court to stay the trial until the disposal of his appeal at the Court of Appeal over his failure to strike out his sodomy charge.

On Dec 1, last year, Justice Mohamad Zabidin ruled that the findings of a medical report, which suggested that there was no penetration, could not be the basis for the court to quash the sodomy charge and that it should hear the testimonies of the prosecution witnesses first.