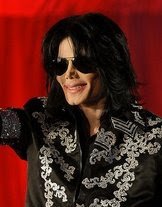 Michael Jackson has died after suffering a heart attack, according to a US website.

It was reported that he was rushed in an ambulance to a hospital in Los Angeles after he suffered a cardiac arrest at his home.

When paramedics arrived Michael had no pulse and they were unable to revive him.

However, there was no official confirmation of the reported death and spokespersons for Michael could not be reached for comment.

His passing will be mourned by millions of his fans around the world and a huge blow, especially those who had managed to get tickets to watch his much-anticipated concert - his curtain call, as he termed it – in the UK scheduled for next month.


Aljazeera has the story below.

Pop singer Michael Jackson has died after suffering a heart attack, a US website has said.

Paramedics were unable to revive Jackson after receiving a call to his home in Los Angeles on Thursday, TMZ.com, a celebrity news website, said.

"We're told when paramedics arrived Jackson had no pulse and they never got a pulse back," the report said.

There was no official confirmation of the reported death and spokespersons for Jackson could not be reached for comment.

A spokesman for the Los Angeles Fire Department had earlier told The Los Angeles Times that paramedics responded to a call from an address corresponding to Jackson's at 12.21pm (2021 GMT).

Officials at the UCLA hospital, where Jackson is believed to have been taken, were not immediately available for comment. - Al Jazeera

Farewell Michael. May you rest in peace.

The Barisan Nasional(BN) which refused to contest in the Penanti by-election last month, is expected to name its candidate for the upcoming Manik Urai by-election next month in Kelantan on Sunday.

Manik Urai is the seventh by-election since the general election in March last year and the fifth since Datuk Seri Najib was sworn in as Prime Minister in April. BN won only one - the Batang Ai state seat in Sarawak - of the five by-elections it contested.

According to Pi Twist both children were found safe and well last night. Alhamdulillah. 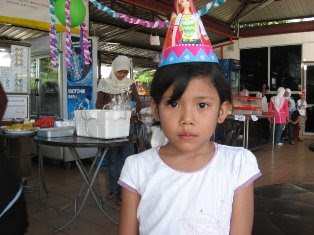 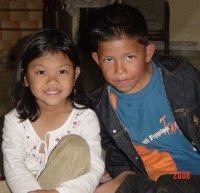 I picked up this news from Pi Twist:

Eight-year-old Nadia Natasha and Ahmad Zakry, aged 10, (pic above) have been missing since June 22, 2009. They were last seen at Sri Putramas, Jalan Kuching, Kuala Lumpur at 7pm.

PAS's Datuk Seri Mohammad Nizar Jamaluddin was kicked out of the Dewan Rakyat minutes after he took his oath as the new MP for Bukit Gantang.

Six other opposition Pakatan Rakyat MPs who followed suit by donning the headband were also ordered out of the House by the Speaker for "rude behavior" and all seven of them were subsequently suspended for two days.

Visitors at the public gallery, believed to be Nizar's supporters, were seen putting on the headband amidst shouts of "Bubar, bubar”.

Seven Pakatan Rakyat parliamentarians, including newly sworn-in Bukit Gantang MP Mohammad Nizar Jamaluddin, were ordered out of the Dewan Rakyat this morning over their call for the Perak state assembly to be dissolved.

Speaker Pandikar Amin Mulia ordered the five to leave the chambers for 'rude' behaviour and subsequently suspended them for two days.

"I didn't set a definite suspension time but according to the Standing Order, they cannot be suspended for more than 10 days. So (I am suspending them) for two days" said the speaker, explaining that his decision was also based on their violation of the dress code.

He said this does not allow for headbands to be worn, pointing out that Parliament "is not a market".

Pandikar also reminded MPs not to disrupt the proceedings and to be dignified, noting that "24 minutes were wasted (this morning) for nothing".

Nga and Ngeh were also wearing headbands with the words ‘Bubar DUN'(Dissolve the State Assembly) in the House.

This was a reference to the political chaos in Perak, following the collapse of the state government in circumstances that are still being widely disputed. Nizar was the menteri besar at the time.

Nizar was only sworn in this morning as the member of parliament for Bukit Gantang.

According to DAP's veteran parliamentarian Lim Kit Siang some semblance of order was restored after "some 25 minutes of pandemonium".

Outside the House, security officials told all non-MPs to remove the ‘Bubar DUN' headband.

Security in Parliament House has been tight with a heavy police presence. The two-week sitting started today. Read the full report here

PKR de facto leader Datuk Seri Anwar Ibrahim who made the announcement at the PKR extraordinary congress in Bangi Saturday afternoon said that Datuk Zaid’s decision will help boost the party because “he is known for his bravery in defending human rights and the independence of judiciary".

He also said that Datuk Zaid has a good relationship with DAP and PAS and his decision to join PKR it will help strengthen Pakatan Rakyat.

Datuk Zaid’s role in the opposition coalition will be discussed at the Pakatan Rakyat leadership meeting to be held the Monday after next.

“With his experience and leadership, he can help strengthen the Pakatan secretariat,” Datuk Seri Anwar said.

Datuk Zaid, who was present, said that he hoped to contribute to the party.

"I’m confident in the party's cause... I believe I have an opportunity to assist Anwar and PKR.”

He added that his personal views are in tune with PKR - a party which he described as “multiracial” and “fights for the rights of the Malaysian people”.

“I am ready to help Pakatan become an alternative and viable government that the people can rely on.” said Datuk Zaid. Malaysiakini .
Posted by maria a samad (kak ton) at 6/14/2009 01:33:00 am No comments:

All Malaysian students overseas who wish to return home for the summer holiday are advised to delay their return in case they show signs of infection, and if they do, they are encouraged to get treatment first.

Health director-general Tan Sri Dr Ismail Merican made the call yesterday as authorities anticipate a big number of students from abroad coming home for the summer holidays. The star has the story:

Students with the flu urged to stay put

PUTRAJAYA: Health authorities have advised Malaysians studying abroad to delay their return if they show symptoms of influenza.

Health director-general Tan Sri Dr Ismail Merican made the call as authorities anticipate a big number of students from abroad coming home for the summer holidays.

“I hope those who show flu-like symptoms will immediately go to clinics and hospitals in the countries where they are to get treatment before returning to Malaysia,” he said yesterday.

Dr Ismail said a total of 153 people were currently under home quarantine after coming into contact with five people who have been confirmed to be down with influenza A (H1N1).

Eighty-nine people who were asked to remain at home were those connected to a 23-year-old student who arrived from New York on June 1.

Forty-six people came into contact with two German tourists who flew in from Singapore on June 3 and 13 people were with the 28-year-old student who arrived from New York on Wednesday.

Five people who came into contact with a confirmed case arriving from Melbourne on Friday are also home quarantined.

Dr Ismail said since there were no new cases reported on Saturday, the number of influenza A (H1N1) cases reported in Malaysia remained at seven, with all being “imported cases”.

“The five patients are still under treatment and are recovering well. Their condition is reported to be stable while those under home quarantine are also reported to be well,” he said yesterday.