He was admitted to Penang Hospital on Oct 26 after he suffered a stroke but, when his condition worsened Wednesday, he was allowed to go to his home in Hillside, Taman Bungah, where he passed away at about 9pm, according to the Star.

He leaves behind his wife, two sons and two daughters.

Born in Penang, Dr Lim attended Penang Free School. In 1937, he was a King’s scholar at the Edinburgh University in Scotland and graduated in 1944 with a medical degree.

Formerly a medical officer with the Chinese Armed Forces, he founded the Radical Party in 1951 that won the first municipal council elections in George Town.

In 1954, he joined the MCA and was a member of the Razak Commission for Education.

He defeated the late Tun Tan Cheng Lock for the MCA presidency in 1958 but quit the party a year later following differences with Umno over the allocation of parliamentary seats in the 1959 general election.

He formed the United Democratic Party in 1962 and co-founded Gerakan in 1968.

The party swept the Alliance ruling coalition out of Penang in the 1969 general election and Dr Lim was appointed chief minister.

However, in 1973, Gerakan joined the Alliance Party to form a coalition called Barisan Nasional.

In 1980, Dr Lim stepped down as party president saying there were “many young and promising leaders in the party who are just as capable of holding the post”.

He continued as chief minister but lost the Padang Kota state seat in the 1990 general election and then retired.

After retiring from politics, he stayed away from Gerakan affairs and kept mum, even when the party went through trials and tribulations.

He retired a humble man without a whiff of corruption.

After retiring, he became a passionate horse breeder and turned his attention to business, as chairman and adviser to several large corporations.

He also refused to publicly comment on the country’s political development when approached by newsmen.

In 2007, he was named founding chancellor of Wawasan Open University in Penang.

Penangites will not forget Dr Lim’s legacy. - The Star 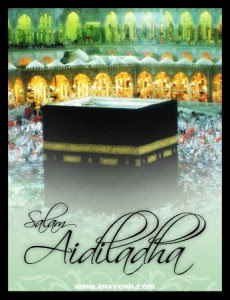 And a happy holiday to all!